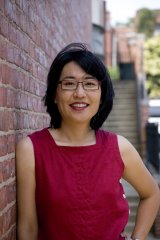 I know several high-performing professionals who plan everything out. They set goals, maintain lists, document their ideas, and follow a personal development plan. It works for them. Some are even able to manage really challenging projects with tons of moving parts and, in the end, drive innovation and business transformation.

But, as Mari Kuraishi revealed in her BIF-7 story, innovation isn't always planned. In Mari's case, the path took form, as it often does for many of us, out of necessity and by coincidence. Mari went to grad school in Russia because she didn't want to serve tea in Japan. When she found herself finishing school with diminishing options due to the collapse of the Soviet Union, she reached out to her connections and was able to obtain a job at the World Bank. When the World Bank put her in charge of their tiny innovation department, she opened it up to the world and "all these people showed up." When Mari realized the need in the world and possibilities of a philanthropic marketplace, she worked to create Global Giving.

That Mari (like many other innovators) didn't plan her course or even set out to innovate makes sense intuitively, but it's nonetheless tempting to try to connect the dots and find connections between the singular decisions and unrelated actions. We do this, of course, because we want to reverse engineer the path so we can reproduce innovative ideas like Global Giving.

It doesn't work that way, though. At least not in a measurable, practical way. There might be connections between the decision points in Mari's story, but if there are, they are similar to the connections between the Titanic and the iceberg that Hardy wrote about in his 1915 poem, The Convergence of the Twain. If you shift your orientation and are far enough away, you can see from a long way off that the ship is assuredly going to hit the iceberg.


Prepared a sinister mate
For her -- so gaily great --
A Shape of Ice, for the time far and dissociate.
And as the smart ship grew
In stature, grace, and hue,
In shadowy silent distance grew the Iceberg too.
Alien they seemed to be:
No mortal eye could see
The intimate welding of their later history,

Or sign that they were bent
By paths coincident
On being anon twin halves of one august event,
Till the Spinner of the Years
Said 'Now!' And each one hears,
And consummation comes, and jars two hemispheres.
Additional information:
http://www.globalgiving.org/