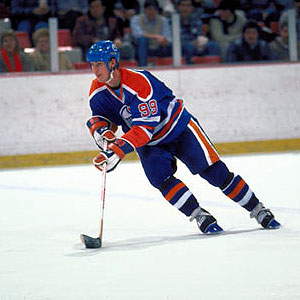 “Go to where the puck is going.”

It was Sonny Ganguly (@sonnyg), one of the What’s Next DC speakers leading off day two and quoting hockey legend Wayne Gretzky. Sonny was extending the Great One's maxim to marketing technology in the all things digital era. Those who can best make sense of the rapid changes we’re seeing in technology and position themselves as early adopters and influencers will find themselves with the puck and a one-on-one opportunity to beat the goalie.

Fortunately, for those of us in attendance at What’s Next DC and the many following along on social media, nearly all of the conference speakers shared their insight about not only current trends in digital but what's on the horizon.

Many of the speakers commented on the continued growth of mobile and responsive design. George Alafoginis (@GAlafoginis) informed us that Facebook is now a “mobile-first” company, while Sami Hassanyeh (@Hassanyeh) of AARP expressed how mobile web and mobile apps are now a consideration in everything his organization develops and how AARP is looking seriously at responsive design. Still, the proliferation of mobile and responsive design is where the puck is now. Where it's going, at least according to Katrina Klier (@KatrinaKlier) from Accenture, is toward responsive content, where truly appropriate content will be served depending on the device. Factor in reverse IP lookups that allow for visitor segmentation by industry, as presented by Cherilyn Stringer (@cheristringer), and you have even more content personalization.

Maturing mobile payment and one-click shopping continues to drive commerce on devices. This is the present, but Kate Watts (@kateowatts) suggested that digital content will soon intersect with universal shopping carts that will allow users to peruse (responsive) content and impulse click to buy products or services mentioned or depicted in content. Big data and intense algorithms will fuel instant consumption via personalization, as Heidi Browning’s (@Heidi_Golightly) Pandora case study suggests is very close to market.

One can argue that the puck has been on video for a while but all the trends and What's Next DC stories point to it remaining there for the foreseeable future. Rick Reilly and Stephen Curry joining forces to fight malaria, Mr. Rogers remixed, and the Goldman Sachs Titan International progress piece all demonstrated how effective the right video at the right time can be.

The puck always goes to the authentic, and it was reassuring at What's Next DC to see how organizations remained true to their brands, even when trying something new and creative. Goldman Sachs, Honest Tea, PBS, and the World Bank took some risks but remained genuine while showing stories of progress, conducting a social experiment, remixing Mr. Rogers, and doing data viz.

There were many future trends discussed at What's Next DC. The above are just a handful. Where do you think the puck is going?