10 Reasons Why Independence Day Is the Best Holiday 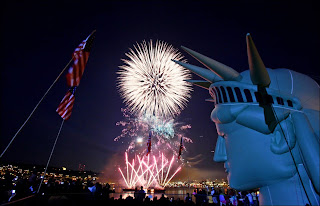 Earlier this year, I gave ten reasons why Memorial Day is my favorite holiday. I stand by that list, but, in full disclosure, I really like Independence Day too, almost or even as much as Memorial Day. To flush this out, I decided to make a case for Independence Day as the best holiday of them all. Don't worry, I won't do this for every holiday.

Note: As with Memorial Day, I'm aware that Independence Day (on the Fourth of July) is a U.S. holiday, but I know other countries have similar holidays, so I figured people everywhere can relate. I also tried to pick qualities that aren't specific to America. If anything, they're more season-specific.
Here's the list:
Happy Independence Day, everyone.