September 08, 2014
This week Reserve Hose Fire Company remembers longtime firefighter, President, friend, and dedicated member of the fire service Ron Piwowarczyk, who passed on Friday, September 5, 2014. As Vice President of Reserve, it has been my honor and pleasure to work with and get to know Ron this past year. His enthusiasm and passion for the fire service was infectious, and he loved giving back as much as anyone I've ever met.

Ron was a Life Member of Reserve who joined the company on August 4, 1986. In addition to his volunteer service, Ron was also a veteran of the U.S. Navy and a Senior Special Agent for U.S. Immigration. Ron was also one of those first responders from Western New York who went to Ground Zero to assist after New York was attacked on 9/11.

This picture below was taken during Reserve's installation earlier this year, when Ron posed for a picture with Autumn Lewandowski before being sworn in as President. 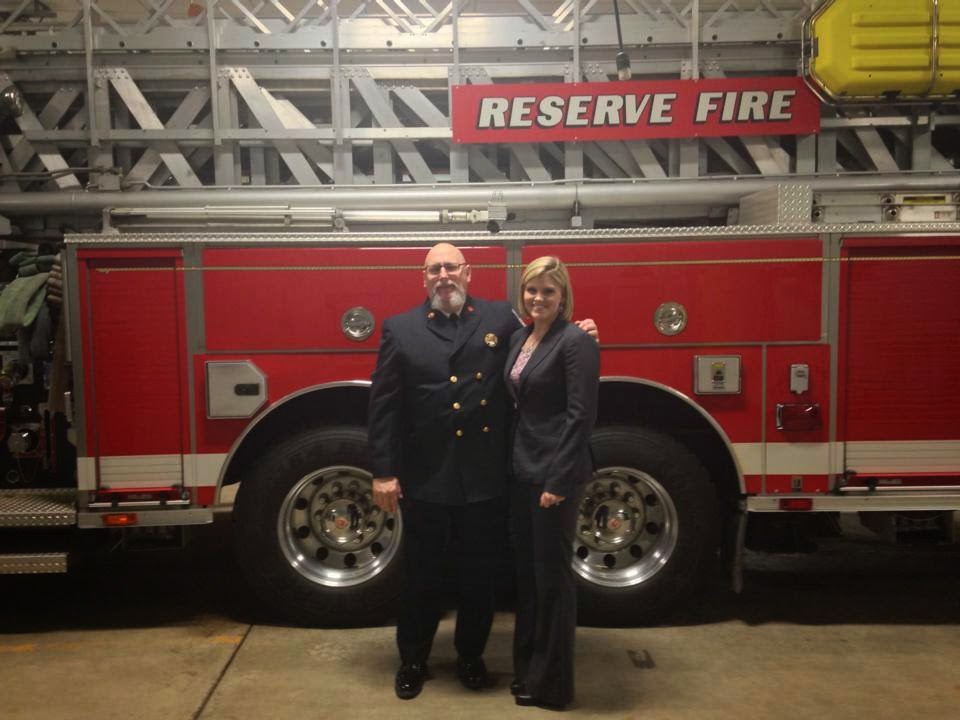