June 08, 2013
On Saturday, June 8, I participated in the Western New York (WNY) Hero Rush Obstacle Run. This is an event designed by firefighters that breaks up a traditional 4-5K race with firefighter-themed obstacles that require lifting, crawling, climbing, and more.

The WNY Hero Rush course was at Chestnut Ridge Park this year and I participated with members of my fire company, Reserve Hose. Our team ran in the 343 Charity Wave, a heat dedicated to firefighters lost on 9/11, with each runner wearing a commemorative racer bib listing the name of a firefighter who lost his life.

The race itself was incredibly fun -- it was muddy, messy, and tough, but a real blast and adrenalin high to run and work through all the obstacles. Beyond the athletic enjoyment, I also enjoyed the opportunity to run with my fellow firefighters. As volunteers, we don't always get to see one another that often, and it was great camaraderie to be able to participate with them.

I was particularly honored to be able to run for the first time with my fellow firefighter and former assistant chief, Dan Frontera. Dan is a Retired Sergeant First Class who regularly runs in WNY races to remember those soldiers from WNY who lost their life in Iraq and Afghanistan. Only Dan doesn't just run, he runs with a 50lb backpack containing all the names of the fallen WNY soldiers. Though I will never hear the end of it from Dan for posting about him, running alongside him meant a great deal to me and I wanted to acknowledge it and all he does. Learn more about Dan and his efforts to fund a WNY Iraq/Afghanistan Memorial at https://www.facebook.com/pages/WNY-IraqAfghanistan-Memorial/212101188821651. 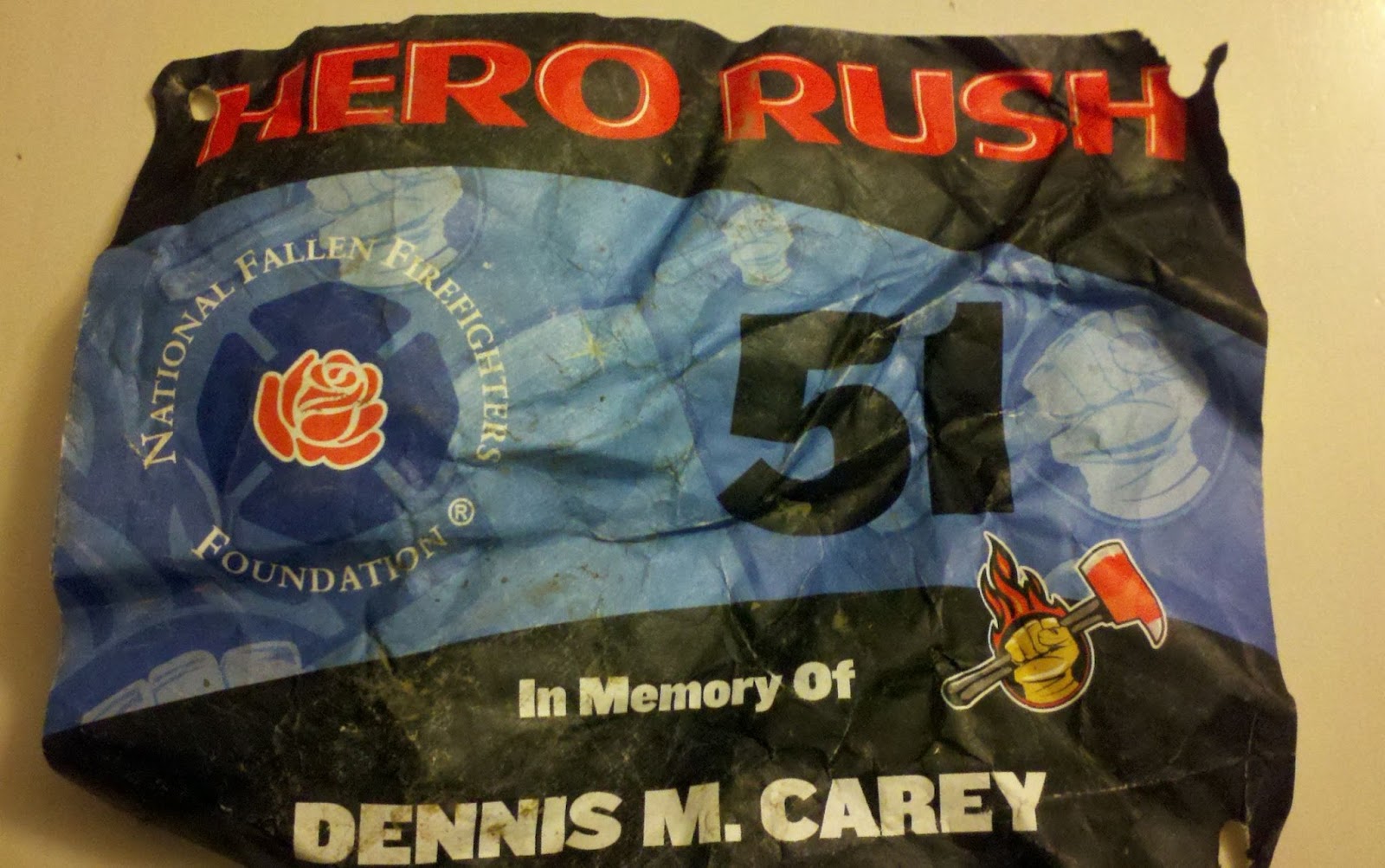 I was also humbled and proud to participate in the 343 Wave and wear Dennis M. Carey's name. I kept the name in mind throughout the race and promised myself I would make an effort to learn about him afterwards, how he worked and served, lived and loved.

Here's a little of what I learned today:

From all accounts, Dennis Carey loved to cook. One family member recalled that Dennis "put his heart and soul into cooking Thanksgiving dinner, and this is one tradition that we will never forget."

Dennis was also lively and fun, and devoted to his wife and children.

As a firefighter, in 2001 Dennis was a 20-year Fire Department veteran who was planning to retire the following January when the alarm sounded, and he and other firefighters sped to the Twin Towers. His body was found on September 30 in a stairwell in Tower One where he and his chief were trapped as they were rescuing survivors.

I find it fitting that on a day that when I was enjoying life to the fullest I wore the name of a man who always tried to do the same. Thank you, Dennis, for your service and sacrifice and for reminding me to "live deep".